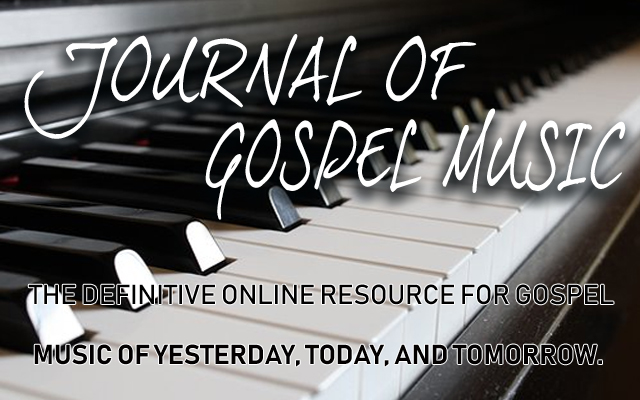 The mission of the Journal of Gospel Music is to educate and enlighten the public about gospel music as an American art form.  Its vision is to be the premier online resource for gospel music news, reviews, and scholarship.

Bob Marovich launched JGM on the tenth anniversary of its predecessor website, The Black Gospel Blog, which he founded July 28, 2004, as the first blog to cover African American gospel music. Bob Marovich is a gospel music historian, author, and radio host.  Since 2001, he has produced “Gospel Memories.”  The show features classic gospel, spiritual, and jubilee music, and interviews with gospel legends.  It airs Saturday mornings on Chicago’s WLUW-FM and throughout the week on several Internet and FM radio stations throughout the U.S., Canada, and Europe.

Bob has written about and reviewed classic and contemporary gospel music since the mid-1990s, when he was the gospel editor for www.bluesweb.com.  He founded The Black Gospel Blog in July 2004.  The Black Gospel Blog was nominated for a Rhythm of Gospel Award in 2013 and became the Journal of Gospel Music in July 2014.  Bob has been interviewed about gospel for television, radio, and newspapers, and was featured on a BBC Radio 2 documentary on the life of Sister Rosetta Tharpe.  He is the gospel editor for ChicagoMusic.org.

Bob’s work has been published in the Encyclopedia of American Gospel Music (Routledge 2005), Encyclopedia of African American Music(Greenwood Publishing 2010), and in the ARSC Journal of the Association of Recorded Sound Collections.  He has presented and participated in panel discussions on gospel music at the Gospel Music Workshop of America, National and Independent Gospel Music Association Industry Summit, Blues and the Spirit Conference at Dominican University (River Forest, Illinois), the American Library Association, and the Association of Recorded Sound Collections annual convention.

Bob holds a bachelor’s degree in American Studies from the University of Notre Dame and an MBA from the Lake Forest Graduate School of Management.  His first book, Shout Troubles Over: The Birth of Gospel Music in Chicago, is scheduled for publication in March 2015 by the University of Illinois Press as part of its Music in American Life Series.

Bob lives in Chicago with his wife, author Laurel Delaney, and their two cats.

June 19th, 2021
View full playlist
Connect With Us Listen To Us On